Orangeburg pipe also known as "bituminous fibre pipe" or "black pipe" is a bitumenized fiber pipe made from layers of wood pulp and pitch and then pressed together.  It was a very popular material for sewer and drain lines from as early as the 1860's through until the 1970's.  It's commonly found in residential sewer and drain systems built through 1940's into the 70's.  Orangeburg pipe is actually named after the town in which the majority of it was manfuctered, Orangeburg, New York.  Because of this it is commonly found in older plumbing systems throughout the state.

United Sewer & Drain Services is a septic, sewer, and drain company based out of Middletown, New York and serving Orange County Rockland County, and Sullivan County, New York.  We specialize in the replacement of Orangeburg piping that has either deteriorated or failed.  Under ideal conditions Orangeburg pipe can last up to 50 years which means that all of the homes built in the 1950's and up into the 1970's that have Orangeburg piping are going to need that piping replaced.  We can dig up the Orangeburg pipe and replace it with modern PVC piping.

Why Does Orangeburg Pipe Fail?

Under ideal conditions Orangeburg pipe can last up to 50 years which means that all of the homes built in the 1950's and up into the 1970's that have Orangeburg piping are eventually going to need that piping replaced.  Orangeburg pipes really started to fail on a large scale in the 1990s.  The pipes begin to flatten and lose their shape, they begin to blister, and literally fall apart.  As they fall apart they become infiltrated with tree roots, dirt, and sand, and eventually get clogged up and the sewer and wastewater backs up into your home.

Considering the materials used and how it was manufactured, it's incredible that Orangeburg pipe has lasted as long as it has!

How Do I Know If I Have Orangeburg Pipe?

If your home was built in the 1970's or early than it's very likely you have Orangeburg pipes.  They can be easily identified by a knowledgeable plumber or sewer and drain specialist.  We can inspect your sewer laterals using a video inspection camera and we'll be able to tell what type of material the pipe is.  We can determine if the pipe is Orangeburg based on specific characteristics such as:

How Do We Replace Orangeburg Pipe?

The most reliable way is to dig the old pipe (sewer lateral) up from where it connects to your home right to the main municipal sewer line at the street.  Once the pipe is exposed it can be removed and we can excavate the proper slope, add new bedding (sand and gravel) and then lay down new PVC pipe and connect it to both your home and the municipal line.  The trench can then be backfilled and your landscaping restored back to normal.

Driveways, hardscaping, and other landscaping features can often be installed over top of Orangeburg piping which can make the excavation more difficult.

If you’d like to receive a quote to replace the Orangeburg pipe on your property please give us a call  (888) 845-2564 or fill out our contact form and we’ll get right back to you.

Please Enter Your Details Below 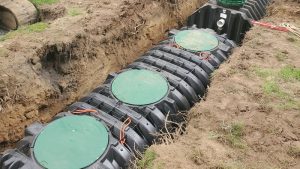 Avoid Doing These Things To Your Septic System

If you own a home or property with a septic system or onsite wastewater treatment in Orange County ...
Read The Article 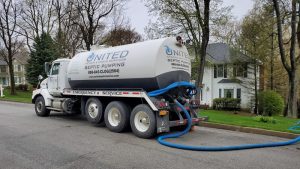 How To Properly Maintain Your Septic Tank

There are many things a homeowner or property owner can do to educate themselves on their septic system, ...
Read The Article 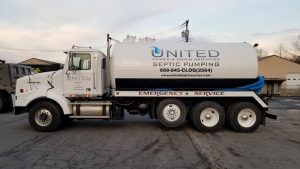 For the vast majority of us, the purchase of our home is our most valuable and largest investment ...
Read The Article 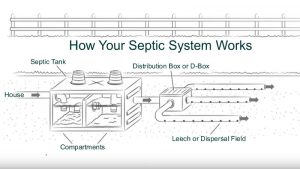 How Does Your Septic System Actually Work?

So How Does Your Septic System Actually Clean Your Wastewater? If you’ve ever wondered how your septic system ...
Read The Article